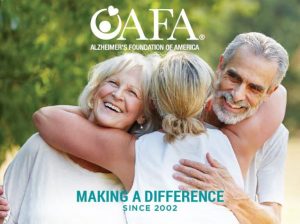 The Alzheimer's Foundation of America (AFA)

Seniors Serving Seniors provides quality care across all spectrums of senior needs. One area especially challenging to care providers and families is dementia conditions. Our team of caregivers are trained to provide top quality in home care for those experiencing memory loss and dementia. There are many great resources online that provide information on the care, treatment and ongoing medical advancements in this area.

What does the AFA offer?

Alzheimer’s Foundation of America (AFA) provides support, services, and education to caregivers and families affected by Alzheimer’s disease and related dementias nationwide and funds research for better treatment and, hopefully someday, a cure.

The Alzheimer’s Foundation of America was created to be a resource for families in their time of need. AFA operates a National Toll-Free Helpline (866-232-8484), staffed entirely by licensed social workers, which provides support and assistance to callers and connects them with resources in their area no matter where in the United States they live.

AFA has a Memory Screening Program that provides free memory screenings at sites across the country to help individuals take a proactive approach to brain and memory health. What began as a program on a single day has grown into a year-round service that has screened more than 5 million people to date.

Alzheimer’s disease is a form of dementia so dreadful, so debilitating, so scary, that many sufferers simply give up and cease to live. It impacts more than 50 million people. Alzheimer’s progresses in stages, from less severe to very severe. The early signs of Alzheimer’s are moments of forgetting and understanding, which can develop into aggression and mood swings and wandering and inability to care for oneself.

As the disease progresses, it is characterized by the progressive loss of cells in the cerebral cortex and certain subcortical regions. It typically begins with mild cognitive impairment, which can lead to dementia. The most common risk factor is increasing age. There are many causes of Alzheimer’s, including aging, genetic predisposition, physical damage, or chemical imbalances. Some researchers suspect that the brains of some people may be particularly vulnerable to Alzheimer’s because of their brain structure or metabolism. The most common cause of Alzheimer’s is aging.

Since there are no definitive ways to diagnose this ailment, people can show symptoms of the disease without knowing it. Alzheimer’s is a chronic neurodegenerative disease that usually develops after age 60.

There are no definitive ways to diagnose the disease, meaning that people who show symptoms of Alzheimer’s may not know they have it. The symptoms of Alzheimer’s include things like memory loss, confusion, impaired judgment, mood changes, and difficulty completing familiar tasks. People who are living with Alzheimer’s often experience a number of symptoms that worsen over time. Not all of the symptoms affect each person and some of them can be similar to symptoms associated with other illnesses.

It is important to be aware of the possible signs and seek medical attention if they notice any troubling changes in memory, cognition, and behavior.

Finding help for seniors with dementia

Seniors Serving Seniors is located in Sherwood, Arkansas and provides senior home care services for the elderly. They have specific services to help seniors with dementia and other mental health conditions. If you are in the Little Rock, Jacksonville, Cabot, Conway or Central Arkansas area, the senior care agency can assist you with dementia care. 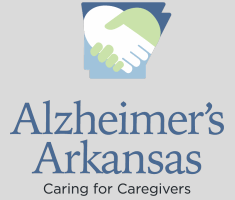 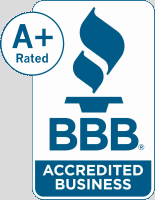 Looking for rewarding work and great pay?
Must be 21 or older. 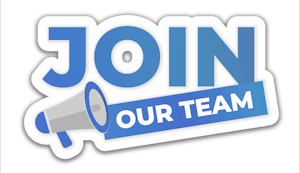 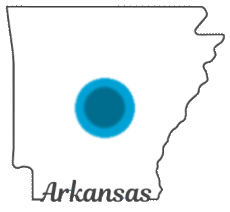 · Proudly serving Arkansas across Pulaski, Lonoke, Saline, White, Van Buren, and Cleburne counties ·
From Little Rock, Arkansas to Cabot to Beebe and other Central Arkansas areas, we have you covered.
In-home senior care and elderly care options that allow your loved ones to stay at home